We can further intensify the grandeur of your venue with a mesmerising wedding stage. It’s the masterpiece of the day with photo’s gatherings and the centre of attention being around the wedding stage.

Originality is the key to success with our wedding stages. We’ve recently invested in new stage designs which are just beginning to be seen in the UK. We have a range of different effects to choose from which include varying backdrops, crystal walls, canopies, candle lit settings, range of pillar arrangement designs, traditional wedding stages to antique gold look effect stages.

If you have seen a stage which you want, we can create it for you and even adjust it to compliment your colour scheme, venue and personal preferences which you may have.

With international links to external suppliers, we have expanded on our mehndi stages for our customers. With our attention to detail, we can infuse the colours of your choice to create an eye catching mehndi stage which you and your guests at your mehndi will be fond of.

With the right lighting and bright mehndi colours, we can create traditional, modern and sleek looks from the mehndi stage that you want. Pillows, petals, flowers, cushions to traditional ornaments, umbrellas and rich embroidery cloth – we are certain that we have a mehndi stage look that we can bring to life just for you. We also have the ability to create Arabian and Moroccan stages which bring a magical atmosphere to any event. 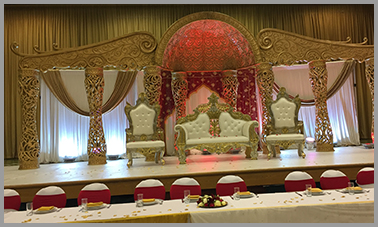 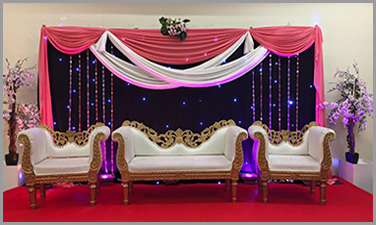 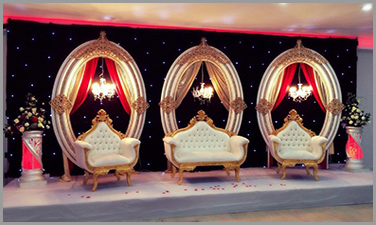